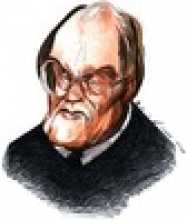 Those dirty rotten Republican scoundrels in Arizona have placed drifters and homeless people on the ballot as Green Party candidates in a scheme to siphon votes away from Democrats.

The New York Times reports that, "Arizona’s Democratic Party has filed a formal complaint with local, state and federal prosecutors in an effort to have the candidates removed from the ballot, and the Green Party has urged its supporters to steer clear of the rogue candidates. The Democratic Party is fuming over (the Republicans) tactics ... The Green Party does not have the resources to put candidates on ballots around the state and thus creates the opportunity for write-in contenders like the (homeless straw candidates) to easily win primaries and get their names on the ballot for November. Complaints about spurious candidates have cropped up often before, though never involving an entire roster of candidates drawn from a group of street people."


Class Warfare on the Middle Class

We Support
Climate Activism
Click to reach the League of Conservation Voters.
Conversation Processing Intelligence™ beta website!
Click here to visit the hub of the Klat Network.
This site is part of the Klat network of blogs, forums, and communities.

Clint Eastwood at the RNC: "Go ahead, make my day."

Did Santorum Say What I Think He Just Said?

Illinois: Actually Making a Difference in the Primary

Romney Squeaks out Win in Michigan

The Meaning of a Romney Loss in Michigan

Fellow Republicans, Let's Use Our Heads (and Google)

Fight for Third Place Heats up in Nevada

Next Stop - The Moon!